As administrators from Lamprey Health Care pored over its annual performance report a year ago, they noticed an anomaly. Patients at two of their New Hampshire locations were getting screened for colon cancer at a higher rate than at the third, where screening rates were below the norm.

They were reviewing numbers in the Uniform Data System (UDS) report from the previous year. What they saw confirmed what they had noted anecdotally. Knowing that regular screening can significantly reduce the rates of late-stage colon cancer diagnosis, they were concerned. In their commitment to providing the highest care possible, the administrators knew they needed to improve screening rates at the third center. To do that, they needed to understand more about what was happening.

They again turned to the UDS report, which held many clues. The report, developed and reviewed by JSI on behalf of the U.S. Health Resources and Services Administration (HRSA), contains hundreds of data points on patient outcomes, demographics, staff, and financial activity for Lamprey Health and over 1,400 other health centers nationally, which collectively provide care to one in 12 Americans. Nearly 70 percent of those patients live in poverty and almost a quarter have no health insurance. The Lamprey administrators found that the two centers with the highest colon cancer screening rates were located in rural areas with an older population. In contrast, the third was in an urban area with a more diverse population and higher financial barriers to getting screened. Discussions with frontline providers revealed that there were additional hurdles, including a cultural resistance to the testing.

The UDS report is representative of one of the largest and most accurate health databases in the country. It is the result of an extensive year-round effort to collect hundreds of data points from Health Centers across the country.

This year marks the 20th anniversary of the UDS in its current format, which we initially developed and continue to manage under the HRSA contract to this day. In addition to developing the initial electronic-reporting system, JSI provides training and technical assistance to the centers as they prepare and report the required data. We also review the data for accuracy before it’s compiled into an annual report and provides a wide variety of analytic products created from the final dataset.

The UDS was initially intended to track the centers’ finances and validate the use of federal dollars, but it has also become a driver of health care improvements within centers and provides a way to understand the ideal placement of new centers to target access resources to the nation’s populations made most vulnerable. Additionally, information from the annual report is used to reduce health disparities while reducing the cost of health care.

“It’s a data set that gets a lot of use and has established credibility because it’s been around for a long time and is extensively reviewed,” said Eric Turer, who helped develop the UDS and continues to work on the project as the lead analyst. “It’s given us many opportunities to leverage the data and to do analyses that provide a lot more utility beyond simply measuring the success of the community health centers.”

The government uses the UDS report to demonstrate the overall impact of the federally-funded Health Center Program while measuring the performance of individual centers. It’s used to guide decisions about funding and new patient initiatives. The health centers themselves use the data gathered to evaluate their own programs and compare themselves to similar providers.

“If we see someone is having success in a particular area, we will reach out and find out more about what they’re doing,” explained Lamprey Health Chief Executive Greg White. “We’re always looking for best practices.”

Next: The Rise of the National Health Centers [part 2] 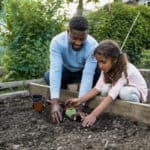