Commit to Quit for World No Tobacco Day 2021 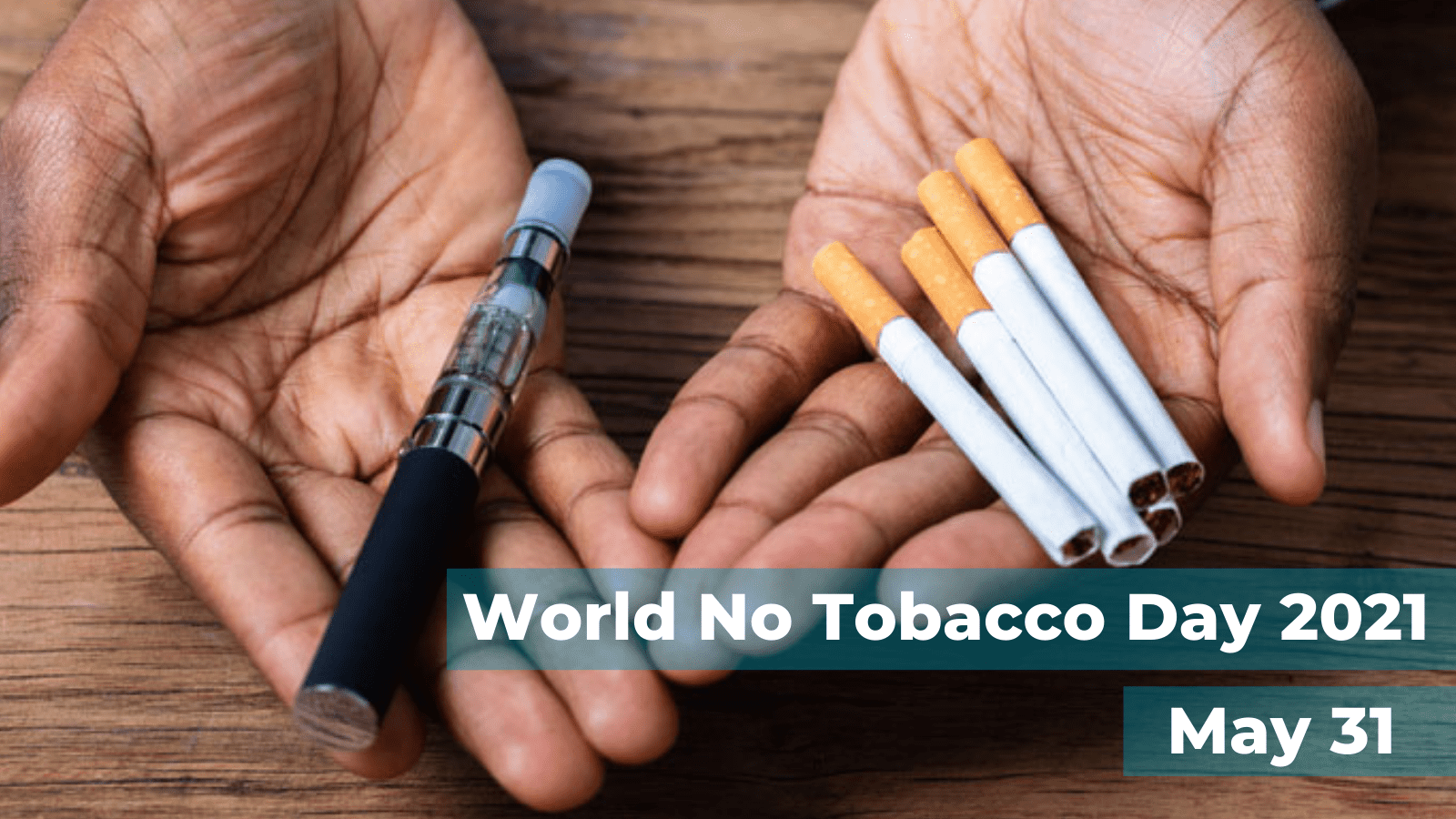 May 31 is World No Tobacco Day (WNTD), which focuses attention on the anti-tobacco public health agenda. JSI has promoted WNTD efforts for over 20 years, helping to increase the public’s understanding of the need to prevent and treat tobacco and nicotine addiction and to mitigate related co-morbidities like asthma and cancer. JSI’s Tobacco Resource Network is leading the charge in promoting this year’s theme: Commit to Quit. Some of our staff and partners shared their quit stories, demonstrating that quitting smoking and freeing oneself of nicotine addiction can be incredibly difficult but is possible. I started smoking in high school when Winston, the first filter tip cigarettes came out (“tastes good like a cigarette should”). I stopped in college when I joined the swim team. I began again with my ex-wife (a three-pack-of-Merits-a-day smoker), but only when we fought, which was almost every day. I smoked Silva Thins because the ads looked so sexy.

When I began running in 1975 (inspired by Bill Rodgers, who won the Boston Marathon that year) I quit altogether, cold turkey, but the second-hand smoke lasted another 10 years. Plaque deposits on my coronaries are a testament to the exposures. I cannot remember the day I had my last cigarette, because I never wanted it to be my last cigarette. However, I will never ever forget how difficult it was to stop the first time. It took me multiple tries and years to stop, but it got easier each time. On September 11, 2001, I bought a pack of cigarettes because if I was going to die in DC, I was going to inhale a cigarette. I ended up throwing the unopened pack in the trash in 2014 when I moved. I suspect it took over 20 years for me to never ever want to smoke again. I was a smoker who really liked to smoke. Smoking became a badge of independence for me. I quit when I realized I was hiding and lying about my smoking to my friends and family and I became aware of my emotional dependence on cigarettes. I was lucky that my addiction was less physical and that my triggers and withdrawal were more emotional. While I quit 27 years ago, I have had a few relapses during crises and I still, after all these years, have minor cravings during times of emotional upheaval.

It astounds me that cigarettes affect people’s lives for so many years on so many levels. Physical addiction is tough to overcome, but psychological and emotional addiction can be just as intense. People who know me now are always surprised to hear I was a smoker. When I ask why they are surprised, the answer is usually that I don’t “look like a smoker.” I tell them that’s because I am not a smoker but I was and it was difficult to quit for good and one of the best decisions of my life. I started smoking at age 15, and smoked about a pack a day for 11 years. I quit shortly after I met my to-be-wife, who didn’t smoke and was entering medical school. She hated the smell on my clothes. She urged me to quit for all the personal and public health reasons I already knew, but I wouldn’t budge. She eventually figured out my deeper motivations and brought me a booklet from her school describing how tobacco companies were manipulating the social and political discourse in the country. I knew about the fake research, but I had no idea about the tobacco industry’s control over the media and our society at the time.

So, if it’s not for your health, quit for the good of society and freedom of the press. You might just get to marry the love of your life as a bonus, like I did!

As a former smoker, I know how hard it is to quit. I had my first cigarette when I was in the sixth grade and I was fascinated by the Virginia Slims ads that were unmistakably targeted at females. I wanted to be like the women in these ads. By the time I was in college I was a “smoker.” I quit for my spouse and it was the best thing I ever did. If you have thought about quitting tobacco, it’s never too late! My mother was addicted to menthol cigarettes through all three of her pregnancies. After five quit attempts at various points in life and prior to a spinal stenosis surgery, her surgeon said if she wanted to heal properly, she had to quit smoking. His recommendation, coupled with fears of becoming more severely ill if she contracted COVID-19 because of her smoking status, heavily influenced her decision to quit definitively. Once more, she turned to nicotine patches and used the life-or-death stakes as a motivator to kick a 46-year habit. It’s been 9 months since her last cigarette. Her back is properly healing and she wheezes, coughs, and experiences shortness of breath less often than ever before. I am so happy to call my mother a “former smoker” and honored to share her message of hope: “Quitting smoking is hard but 100% possible and I am proof of it.”