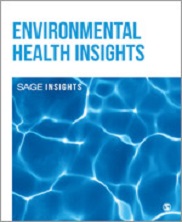 Using ethnographic methods, BHC developed “journey maps” as a monitoring tool to follow key service issues over time. Several urban health-related issues were identified in each city. For this paper, we focus on wastewater management, which was a serious health issue in both cities. Qualitative data were collected from citizens in one neighborhood and city officials quarterly starting in early 2018; these data were supplemented by city spending data, usage statistics, photos and news articles. In both cities, the journey maps captured notable changes during the first 2 years of the project. At the start of the journeys (2018), informal settlement citizens in Indore reported poor drainage which was compounded by trash, narrow roads blocking vehicular removal of waste, and unsafe infrastructure leading to waterborne diseases and injuries (including several child deaths). Likewise in Makassar, dirty water overflowed from open drains due to frequent flooding and garbage. Citizens reported exposure to diarrhea, dengue and skin symptoms due to the drains, which was confirmed by the local health post. By the end of Year 2 (2019), these journeys captured increasing dialogue between citizens and the city, which resulted in several improvements. In Indore, changes included garbage vans built for narrow streets and construction of a safer bridge. In Makassar, while they still suffer from seasonal flooding, the city has increased garbage pickup, included drainage activities in the village-level budgeting process, and a slum improvement project has pledged funding to improve drainage and street issues in 41 neighborhoods. Journey maps work on the premise that capturing a community’s experience and relaying it to government officials can bring about positive change. They also provide crucial grassroots level evidence to support more traditional research findings, which can lead to effective urban health solutions. As this work continues, BHC is training citizens to collect and share their own journeys.