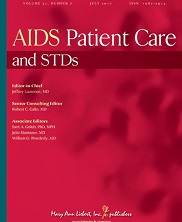 Zambia has a generalized HIV epidemic, and HIV is concentrated along transit routes. Female sex workers (FSWs) are disproportionately affected by the epidemic. HIV testing is the crucial first step for engagement in HIV care and HIV prevention activities. However, to date little work has been done with FSWs in Zambia, and little is known about barriers and facilitators to HIV testing in this population.

Emerging themes demonstrated barriers and facilitators to HIV testing occurring at multiple levels, including individual, social network, and structural. Stigma and discrimination, including healthcare provider stigma, were a particularly salient barrier. Improving knowledge, social support, and acknowledgment of FSWs and women’s role in society emerged as facilitators to testing. Interventions to improve HIV testing among FSWs in Zambia will need to address barriers and facilitators at multiple levels to be maximally effective.