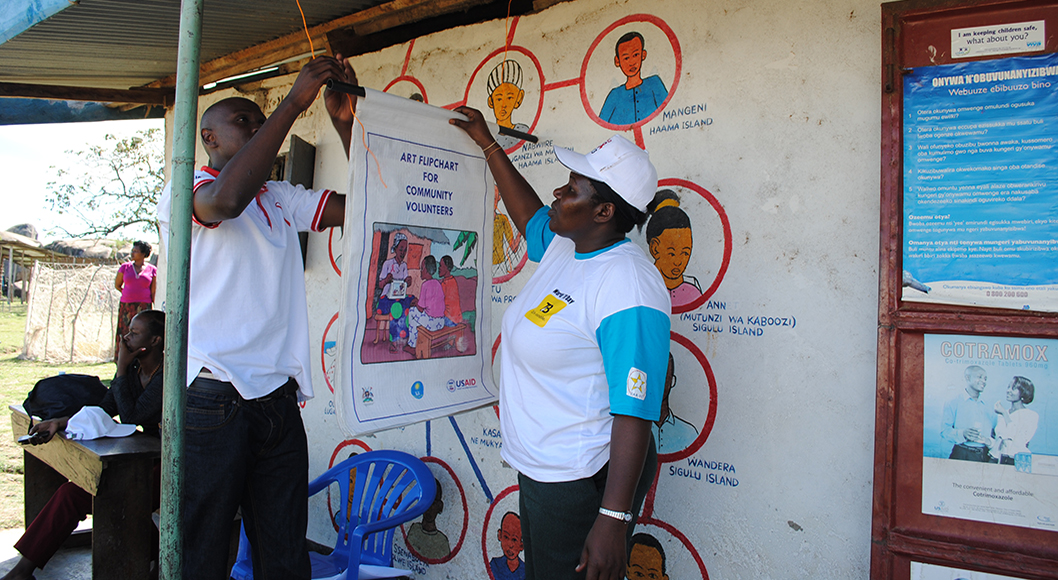 The Strengthening TB and HIV & AIDS Response in East-Central Uganda (STAR-EC) was launched in 2009 with the goal of increasing access, coverage, and use of quality comprehensive HIV and tuberculosis prevention, care, and treatment services throughout the region. Working closely with the Ugandan Ministry of Health, STAR-EC fostered coordination and collaboration at the community, facility, and district levels, STAR-EC strengthened systems to improve HIV&AIDS and TB services.

Home to 3.3 million people, the East Central region of Uganda comprises roughly 11 percent of the national population. Although efforts to control the epidemicin the 1990s and 2000s resulted in a steady decline of HIV prevalence nationwide, by 2009 prevalence in the region had stagnated at 6.5 percent. The health system struggled to consistently reach the region’s key and priority populations—which include fishermen, female sex workers (FSWs), boda boda taxi drivers, pregnant and breastfeeding women, among others—with the comprehensive services required to identify people with the virus and initiate and retain them in longterm care and treatment. Screening and treatment services for TB—a common HIV co-infection and the leading killer of people with HIV—were not effectively linked to HIV services, resulting in a low case detection and treatment success rates.

Through more than seven years of implementation, the STAR-EC project and its partners have contributed to remarkable improvements in the coverage and uptake of HIV and tuberculosis services. The STAR-EC project built the capacity of district health offices, civil society organizations, health facilities, and volunteers to improve and scale up essential services, including HIV testing and counseling (HTC), antiretroviral therapy (ART), prevention of mother-to-child transmission (PMTCT), voluntary medical male circumcision (VMMC), and behavioral prevention education.

View the presentation from the End-of-Project Conference in Entebbe on August 11, 2016, USAID Strengthening TB and HIV & AIDS Response in East-Central Uganda: An Eight Year Journey.