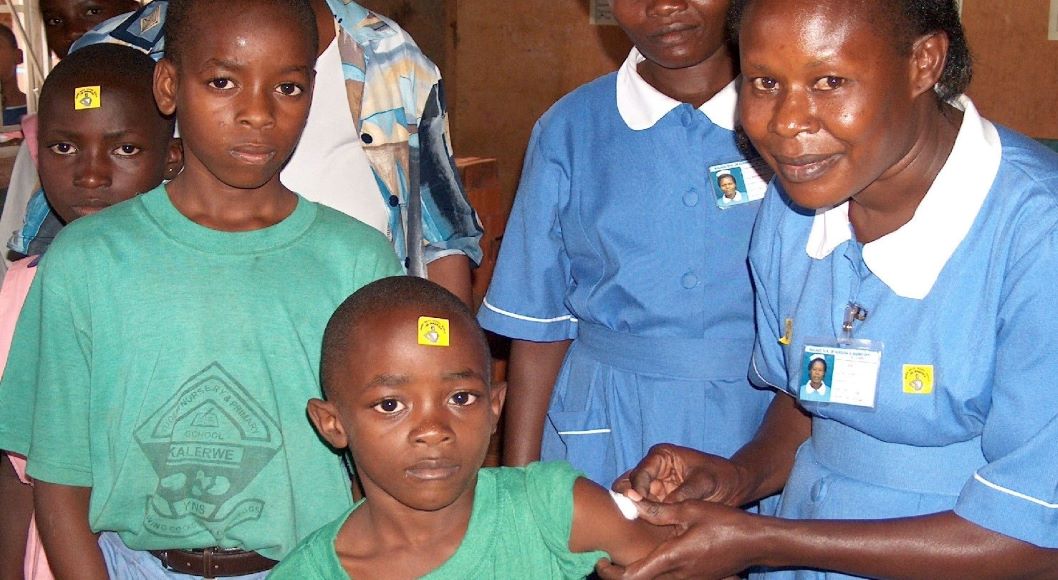 The Stronger Systems for Routine Immunization (SS4RI) project built the capacity of Uganda's health system, particularly at district level, to provide timely, high-quality immunization services to protect eligible children and women from vaccine-preventable diseases. SS4RI ran from 2014 to 2020 in 10 districts and supported the Ministry of Health Uganda National Expanded Programme on Immunization (MOH/UNEPI).

Uganda remains one of the countries with the highest number of unvaccinated children in the Horn of Africa. More than one out of every five children does not receive the full benefits of immunization, and in 2014, WHO ranked Uganda as one of the lowest-ranking countries in Africa in terms of vaccinated children. With new, life-saving vaccines being introduced each year in Uganda, the need for a strong and sustainable routine immunization (RI) system capable of immunizing all children every year is more important than ever.

The REC-QI approach in Uganda was initially designed and implemented in five districts with support from the U.S. Agency for International Development (USAID) through the globally funded Maternal and Child Health Integrated Program, which ended in 2014. With continued support from USAID through the Maternal and Child Survival Program (MCSP), REC-QI was introduced in an additional 5-10 districts. SS4RI support enabled broader implementation of the approach, in response to requests from the MOH/UNEPI. In addition to working in selected districts with high numbers of unimmunized children, through SS4RI, JSI collaborated with UNEPI and other partners and established an advisory expert panel in order to share tools, methods, and experience with REC-QI to facilitate its broader understanding and uptake.

In the REC-QI approach, high-priority problems such as persistently high drop-out rates are broken down into smaller components and assigned changes that can be quickly tested and vetted for adoption, adaptation, or abandonment at local level. This approach builds the capacity of district health officers to provide affordable technical and managerial support to health care providers and promotes local solutions.

Based on experience and lessons learned from introducing REC-QI in Uganda, the SS4RI team developed a guide on how to carry out REC-QI, intended to be used by UNEPI, hospital, district health team (DHT), and health sub-district (HSD) staff.

Learn more about capacity building at the health facility level. Journey to Vaccines for All: A virtual view of strengthening routine immunization