The rates of young adult binge-drinking in New Hampshire are higher than the national average. Reaching young adults with a message to help create a culture of responsible drinking is important for NH to protect its greatest resource; its young people. Using messaging in social marketing campaigns with values and principles that arise in conversations with the primary audience is critical for developing an effective campaign.

In partnership with the NH DHHS Bureau of Drug and Alcohol Services, JSI was chosen to create a public health prevention campaign to curtail binge drinking. The campaign targets young adults ages 21–25 years old, in the country-local peer crowd.

JSI data indicated that working and college-enrolled young adults in NH binge drink at the highest rates. Drinking is influenced by youth (mis)perceptions of how their peers drink. If misperceptions can be corrected, young people might drink less. Formative research indicated that application of Bandura’s Social Cognitive Theory could potentially normalize non-binge drinking behaviors.

By identifying activities these young adult peer groups or crowds engage in, the type of information they need/prefer, and the appropriate communication tools to reach them, JSI has created an Binge-Free 603: What’s Your Reason? to reduce binge drinking in NH young adults.

We are excited to announce that our Binge-Free 603 video submission contest has officially launched! We are asking NH young adults to share their reasons for staying binge-free in a short video for a chance to win a prize package worth $300! 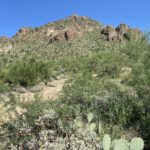