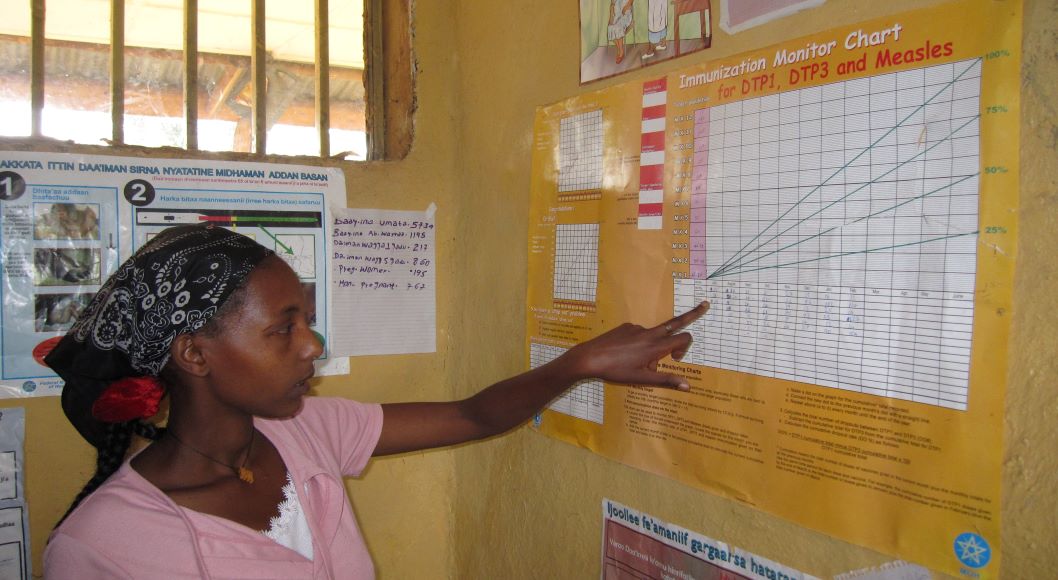 Promising interventions and innovations to improve the performance of routine immunization systems are underway throughout Africa, but until recently, many not been systematically captured nor shared. From 2009 to 2012, the ARISE project reviewed and documented existing evidence and conducted case studies in 12 districts across Africa to identify and explore factors that drive routine immunization coverage improvement.

In contrast to the typical approach of assessing programs by focusing on deficiencies and obstacles, ARISE employed an assets-based approach to identify factors contributing to RI coverage improvements and to learn how and why they worked within specific settings. Through in-depth studies at district level in three countries, ARISE asked: “Why did coverage improve in some districts and remain unchanged in other districts? What drives coverage improvement?"

The ARISE project had two components: systems strengthening and system innovation. The systems strengthening component had three objectives: 1) to strengthen the evidence base to improve understanding of the drivers of RI system performance; 2) to deepen and broaden African and global stakeholder engagement in improving RI; and 3) to position the learning to help stakeholders improve RI systems in Africa, identify potential stakeholder strategies, and clarify stakeholder roles. JSI worked with ministries of health and global stakeholders to translate findings into strategies and investment options to optimize available resources to support routine immunization in sub-Saharan Africa.

Specifically, ARISE learned from existing evidence and gathered new evidence on the drivers of RI system performance in sub-Saharan Africa through: a) a review of existing literature and experience; b) a set of in-depth case studies in several sub-Saharan African countries; and c) an analysis of available quantitative data. Results were translated into clear and focused investment options at the global, regional, national, and sub-national levels to optimize available resources to support routine immunization, and develop a theory of change.

JSI brought its deep experience in measuring the impact of health programs and policies.